LASCA FOX is an entertainer based in Berlin, performing sustainable
Music-Entertainment with his LASCA FOX MOBIL an emission-free
show concept

Sustainable
Bike and stage are run with solar energy

Innovative
The show and music are unique

Imagine a festival line up with Daft Punk, Jamiroquai, Flight of the Conchords, Tame Impala, Thundercat, Mr. Bean and Prince.
Now imagine that this festival is performed on a bicycle trailer by one person.
Hard to imagine? Then you should come to a concert by LASCA FOX.
You have never experienced anything like it!

On the unique LASCA FOX MOBILE, LASCA FOX presents an incomparable show.
A mini-festival with songs and moderation that might remind you of the artists mentioned above.
And not only that: He even rides his mobile to the concerts.

The LASCA FOX MOBILE consists of an electric cargo bike and a specially designed trailer. The trailer features various instruments and can be converted in a few simple steps into a fully equipped stage with speakers, lights and fog machine. The entire Stage is powered by a battery that is charged with solar panels.
LASCA FOX can span about 120 km per day with his mobile, but then he cannot play a concert in the evening.
Therefore he organizes his concerts in regional tours. A few days of pure driving and then playing shows at places, which he can reach in daily journeys.
He has already toured the Spreewald in 2021. Now all of Germany is on the agenda, and then... as far as the calves pedal!

You can also book him and the LASCA FOX MOBIL as a DJ for corporate / private parties.

The story behind LASCA FOX

As a trained saxophonist, with concerts throughout Europe, LASCA FOX, as a result of the Corona crisis, had in one fell swoop no gigs and time to reflect on what he would like to put his artistic focus in the future.

What to do when you can no longer play concerts, certainly not indoors?
After Corona no longer feel like sitting in the car all day, use up hundreds of liters of gasoline to play a concert with a band somewhere in Germany?
Too little exercise and hardly any fresh air?

Driven by these challenges LASCA FOX has designed the LASCA FOX MOBIL and found his unique music and entertainment style. 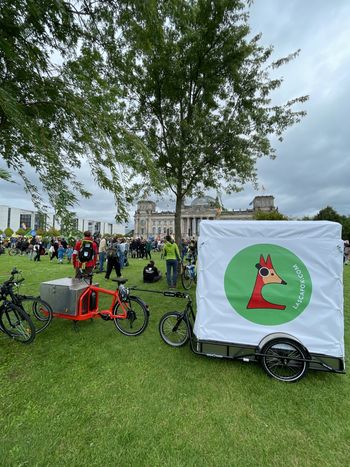 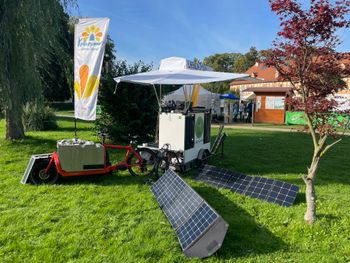 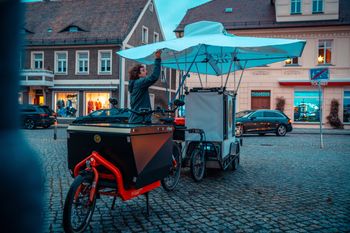 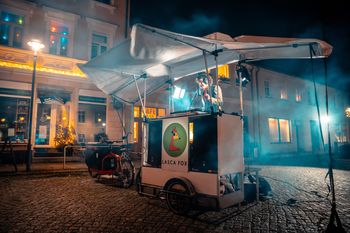 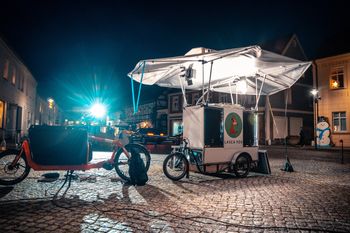